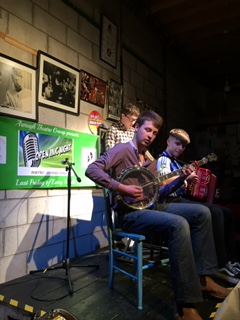 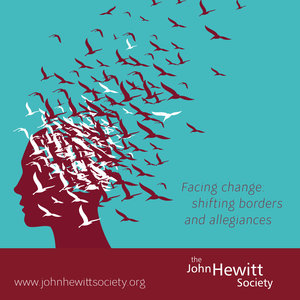 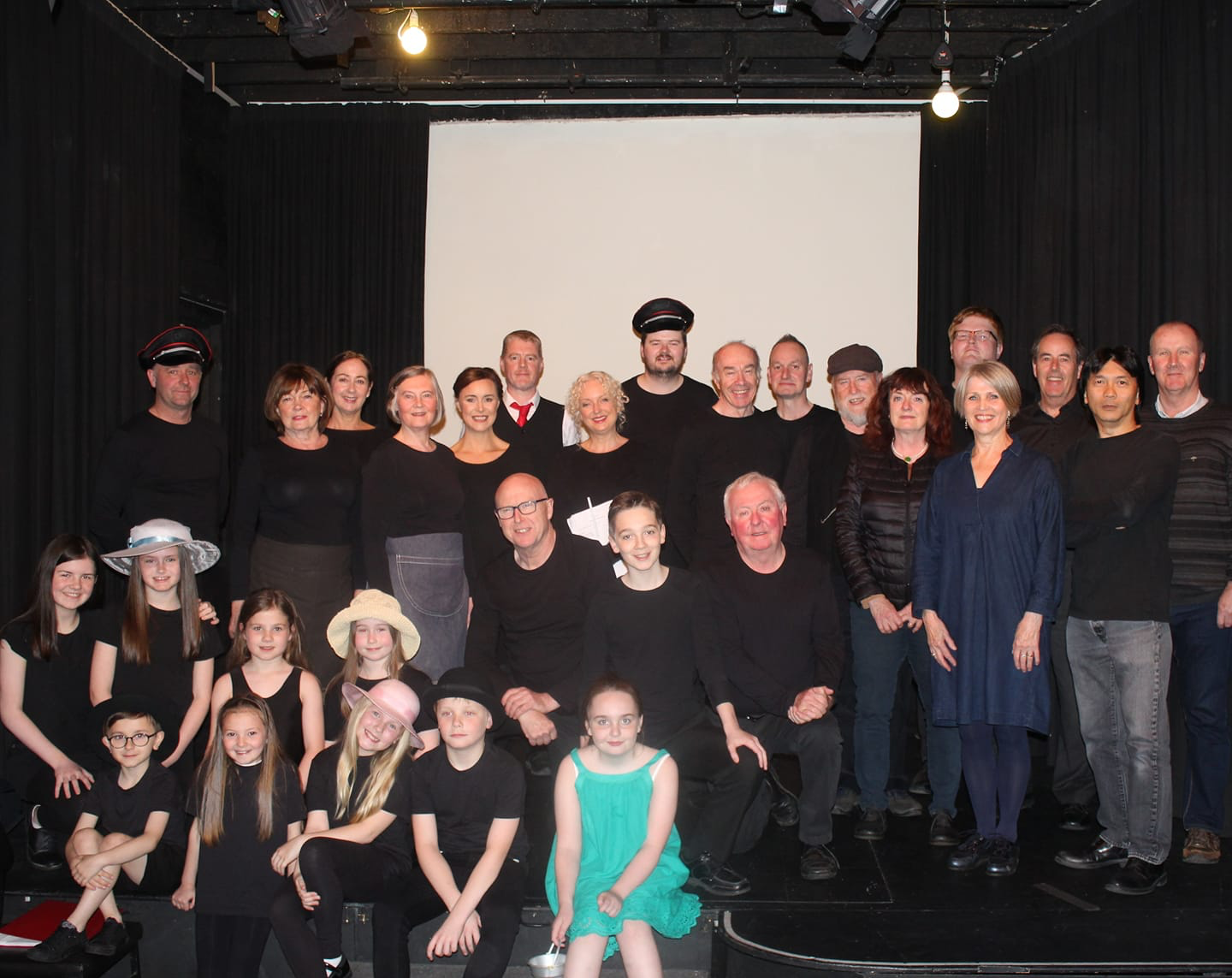 Guest writer, Chris Wright and his wife Jo caught the bug that is Abbey Lane Theatre  Open Mic nights when he performed to a packed house last Friday. 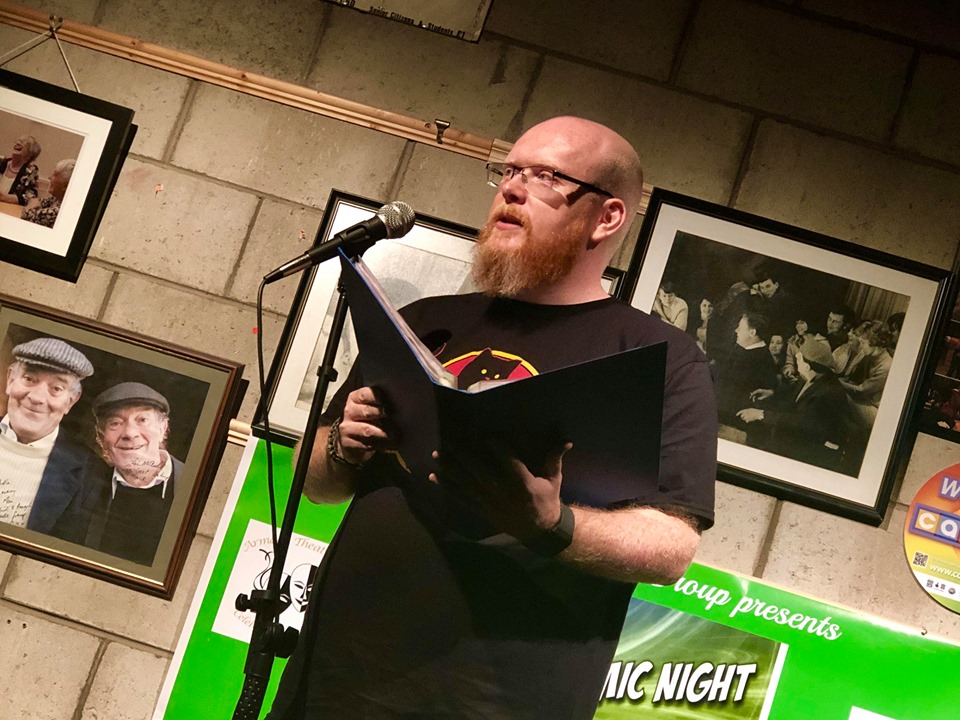 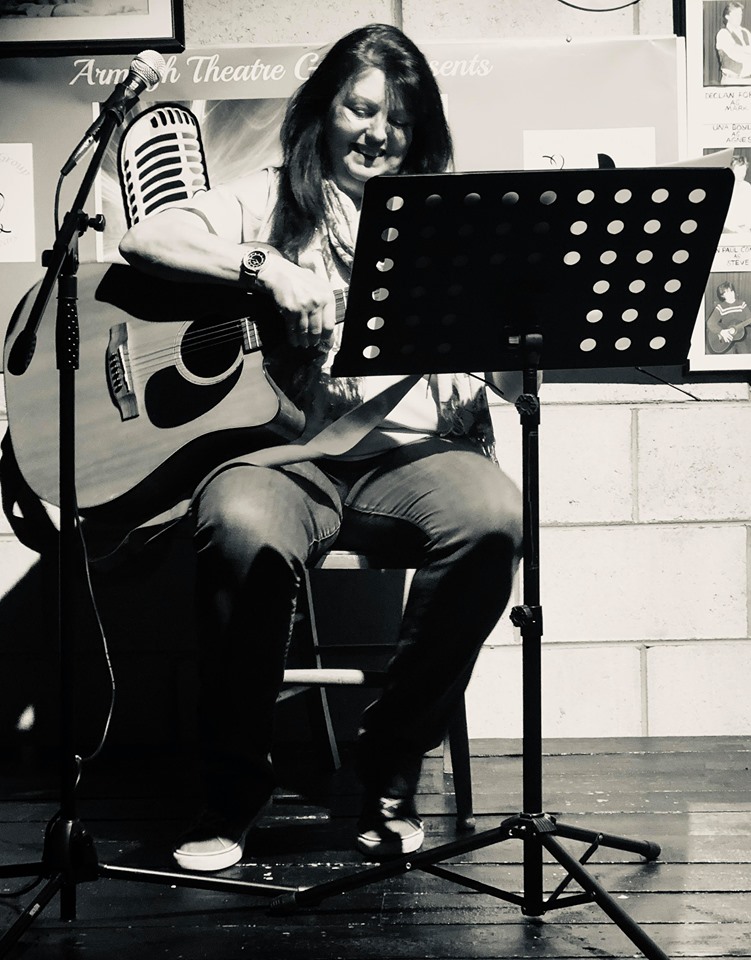 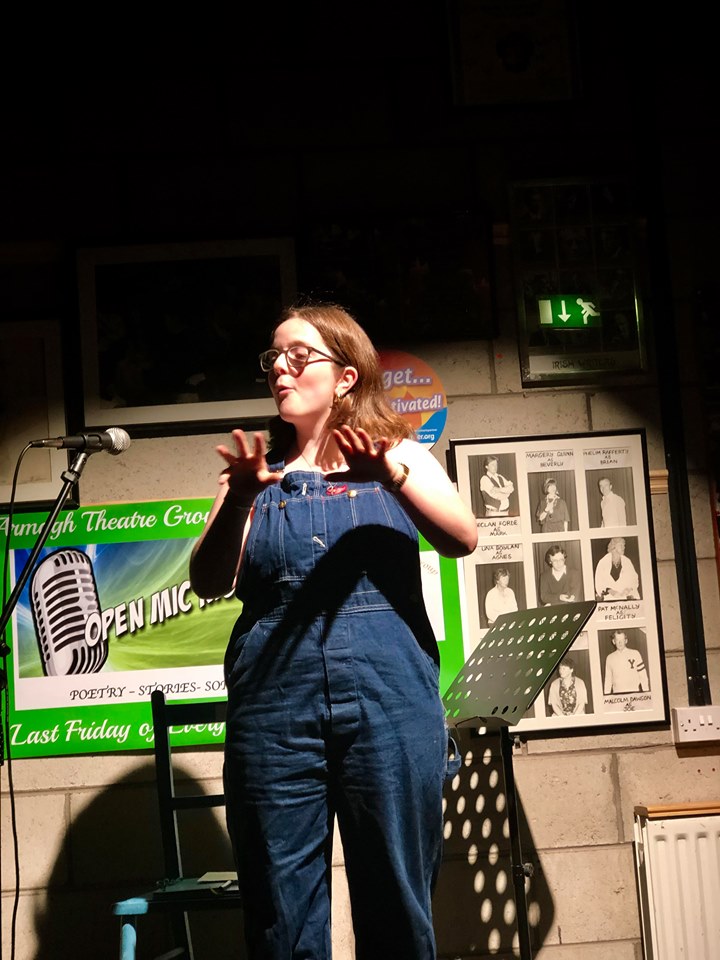 May McCool.   Our next OMN is June 28th and all poets,singer, musicians writers etc very welcome. 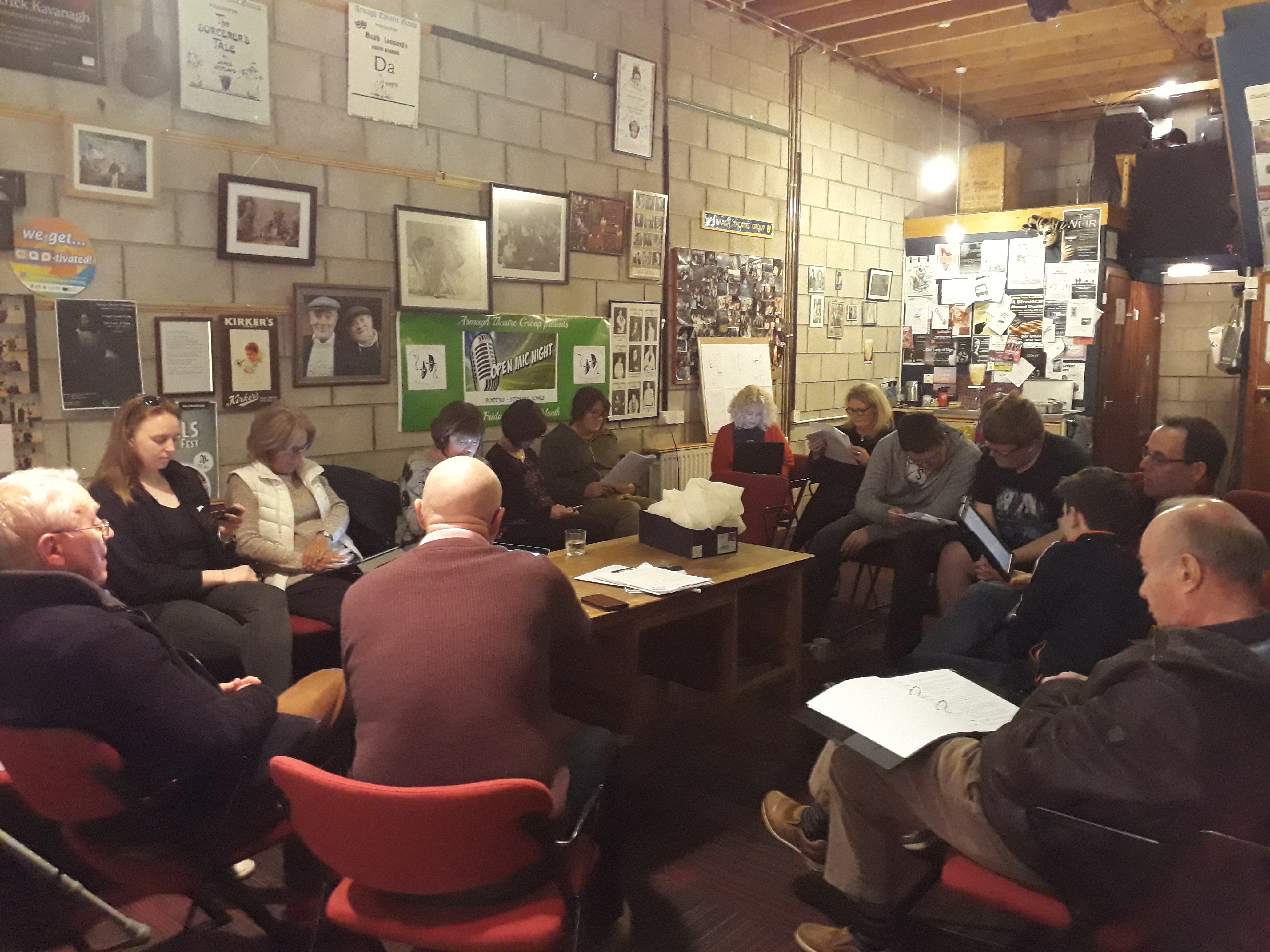 'Dirty Words' then Poems then Jokes and Ukuleles

The main attraction of Abbey Lane's Open Mic Night's is not the hospitality or the atmosphere or the ridiculous entrance fee of £5 (and free wine) BUT the sheer eclectic mix that can be experienced on one evening. Last Friday was such an evening, with 2 bands 2 celebrated poets, accordian player, story tellers, birthday celebrations and an Septuagenarian comedienne from Dungannon.

Guest artists 'Dirty Words' fronted by Colin Hassard (poet) were Seonaid Murray (sax) Ashley Manners acoustic  guitar played from their new cd 'age of microwave dinner'. Tim confessed to aged criminalization in his story and Anne recited a beautiful poem. Second half started with the memorable Cathy Carson and her riviting story 'Ready' , Fionnuala with her caring poem,Mickey on accordian and some beautiful slow airs,back for a solo run Colin Hassard with new poems never before heard....brilliant. David Brazil (renowned poet and back for a welcome visit) regaled us with his incise and humorous verse. Next up Armagh Ukelele Jam (who can be heard in Dobbin Centre every Wed evening praticing) had us all singing along. Then we ended the evening with Dymphna and some jookes that cant be repeated here. Great night and great audience. Next Open MIC March 29th.......dont miss! 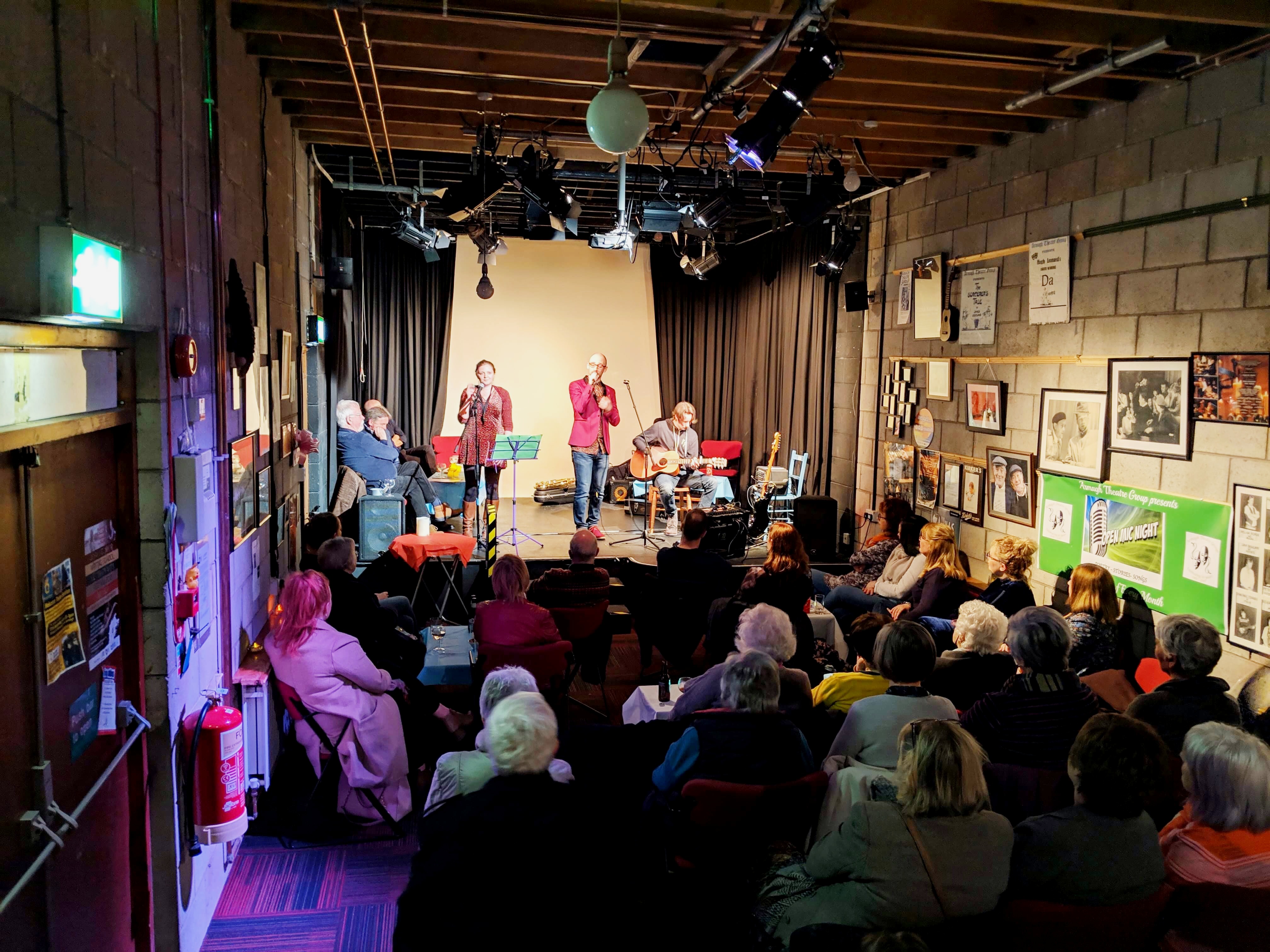 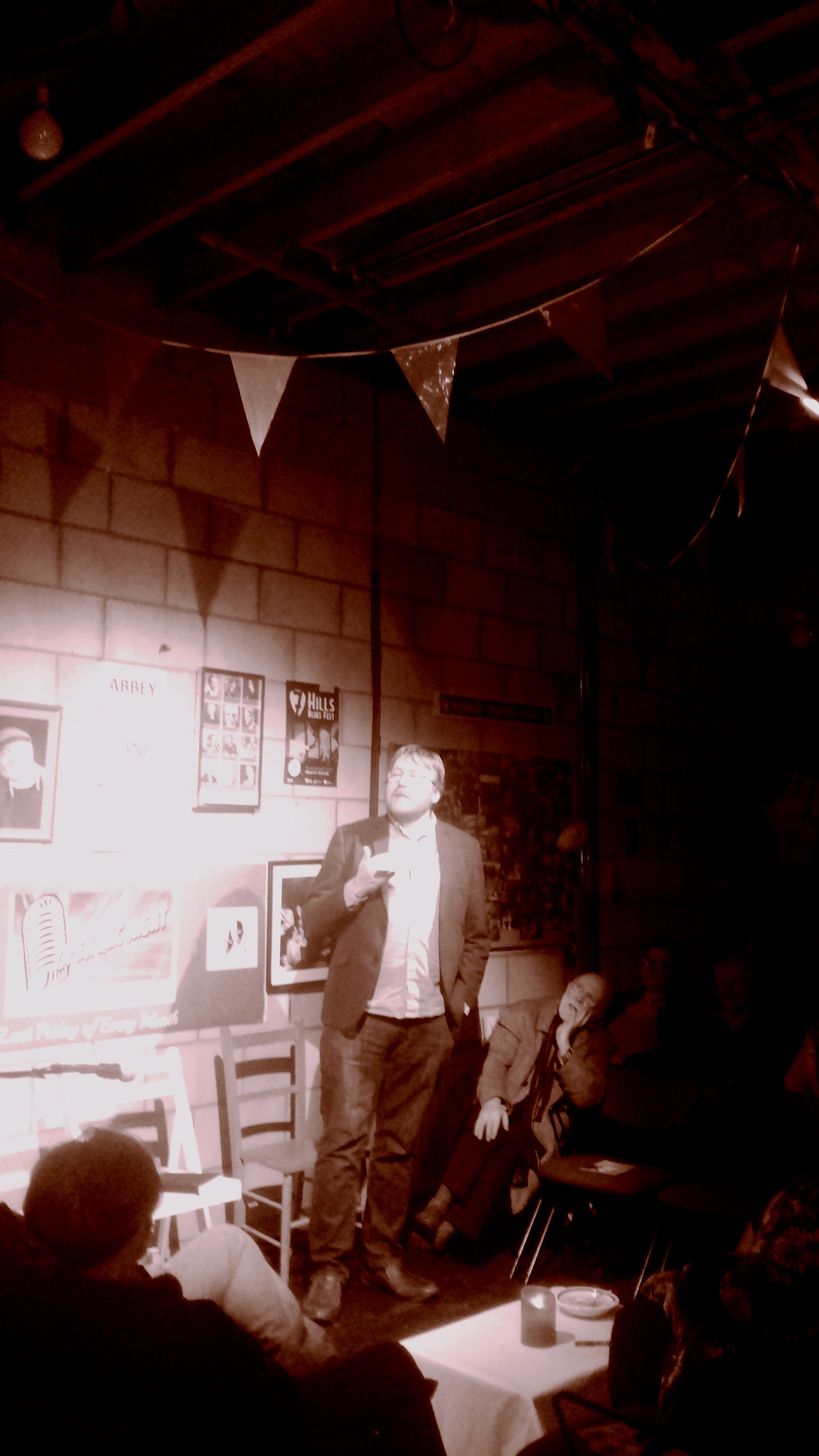 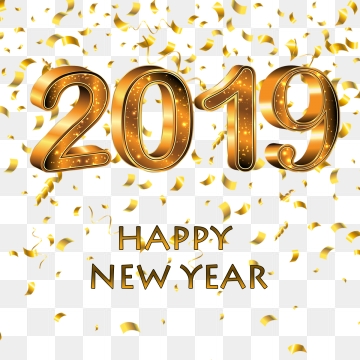 You Tube clips of our 2 recent One acts

Go to; You Tube , Felim Rafferty Jr: and see 'Someone to talk to'  & 'The Happy Journey to Trenton'  Please like or comment. 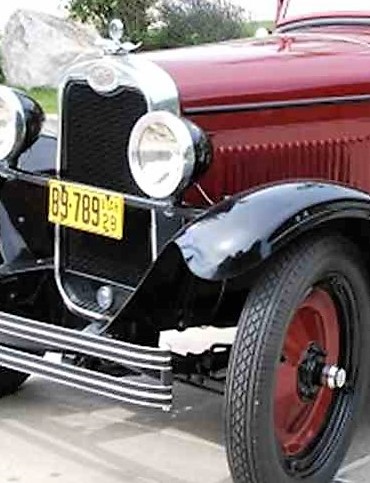