A look back to past productions.. 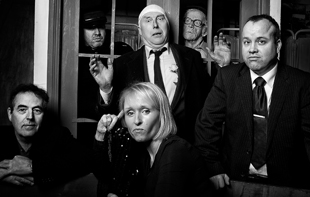 The plot thickens as her body keeps turning up around the house, the unscrupulous police Inspector Truscott arrives on the scene sowing confusion around him, whilst nurse Fay works her dubious charms on Hal's dad.

In a short but prolific career Joe Orton shocked, outraged and amused audiences with his scandalous award winning black comedy which surprisingly, is as relevant today, as in the “swinging sixties”. Loot is a rollercoaster of manic proportions, gobsmackingly funny, with an antiauthoritarian message which grows more timely by the minute.