Thanks to Ed Masters for a magical Open Mic Night

With  temperatures in the bammy 20's and the long May bank holiday starting, excuses for missing this month's Open Mic were strong and understandable. But the magic of these evenings still enticed our faithful audience to come in the dozens to entertain and be entertained by their fellow attendees. 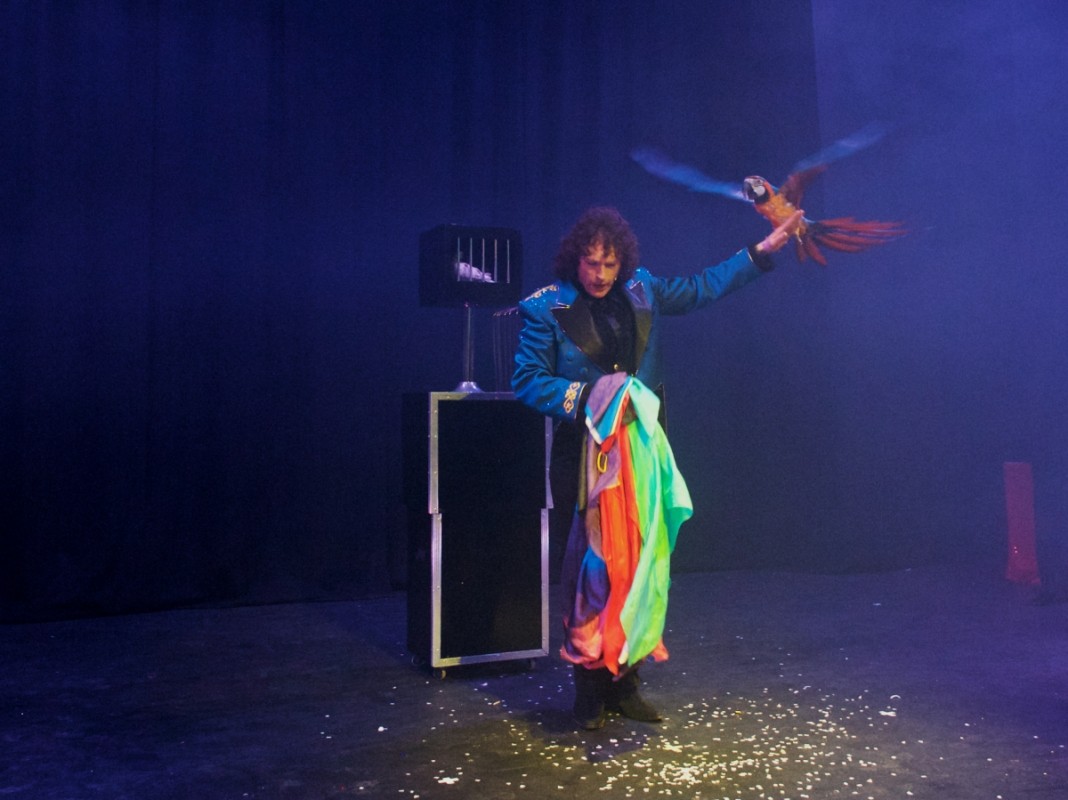 This month we were entralled by musicians, singers, authors, poets, yarn spinners and the afore mentioned Magician Ed. Our usual 'warm up' act Dynamic Dymphna gave us red hot flushes with some very personal insurance advice! Author of 'From March to November' Byddi Lee read excerpts from this her first published novel which had all the ladies rubbing their hands with glee and all the gentlemen cringing in notional agony...the War of the Sexes continues. Paddy Mohan fought back on the men's side with his guitar and singing.Malachi's poems 'Golden Cow' and 'Ma wee black pan' followed and the first half was called after Thomas showed us his new talent on flute and whistle.

After some  complimentary refreshments we introduced this month's guest Ed Masters to resounding applause. His enthusiastic assistant for the evening, Paddy Hamill, played the part like a pro.... Ooing! and Aaaing! in all the right places as Ed showed us amazing card tricks. Helen Donnelly then volunteered from the crowd to assist Ed with a flying table trick after she got over the shock of meeting Ed. We were still trying to figure out how he managed that.! Another first for the  OMN's Illusionst and Magician Ed Masters.

Our second author/playwrite was Fionnuala Cassidy from CoTyrone reading excerpts from her latest work for the first time in public. 'Smoke and mirrors' her working title, left the audience wanting more. This evening had another first with Esmee O'Donnell playing her cello beautifully unaccompanied. Marty sang his version of  'Windmills of your mind' and we had the welcome return of Michael Callaghan recently out off hospital to sing from the floor 'My Eileen is waiting for me'. Dymphna won the meal for 2 Limerick Laughs compo and so ended another great night's entertainment in Abbey Lane. Next date Friday 29th June. Limerick Laughs theme for JUNE 'There was a wee woman called June'.  Big thanks to all who attended and participated on the night.