As another storm blows over the country this morning last night Raquel (Rainbow Ashwood Jamacian) McKee created her own storm of entertainment as guest artist in Abbey Lane. Her infectious charm and presence had the audience particapating from the start. Pieces such as 'One potato,two potato' and 'Charles Drew' will stay long in the memory of those lucky to have been there. A great ambassador for African/ Carribean culture in N Ireland and a privilege to have her as our guest artist for Feburary. 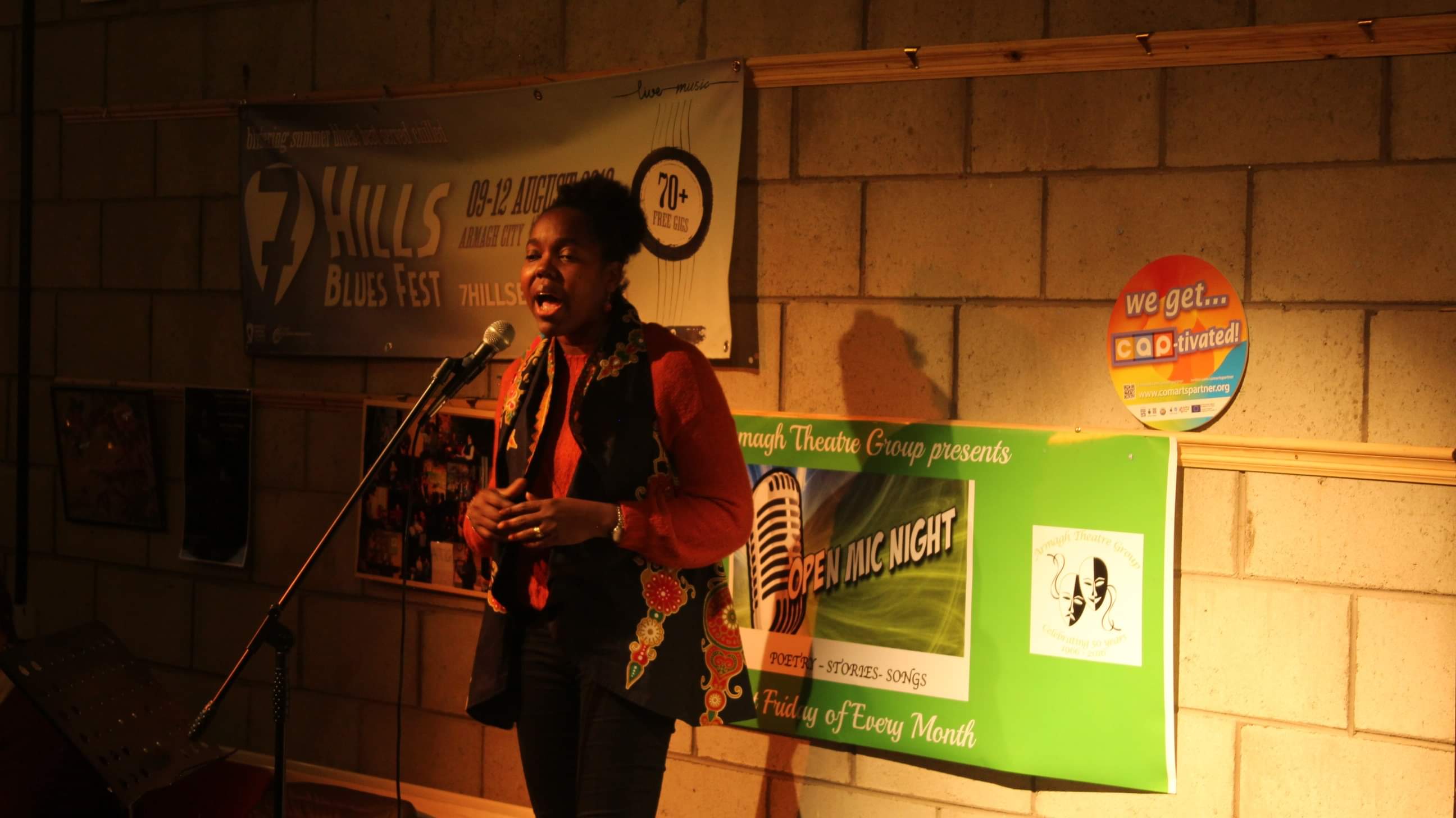 We started the night with an important public announcement from the Ministry of All Spinsters,the Bachelors and the Envied (Mastbates) 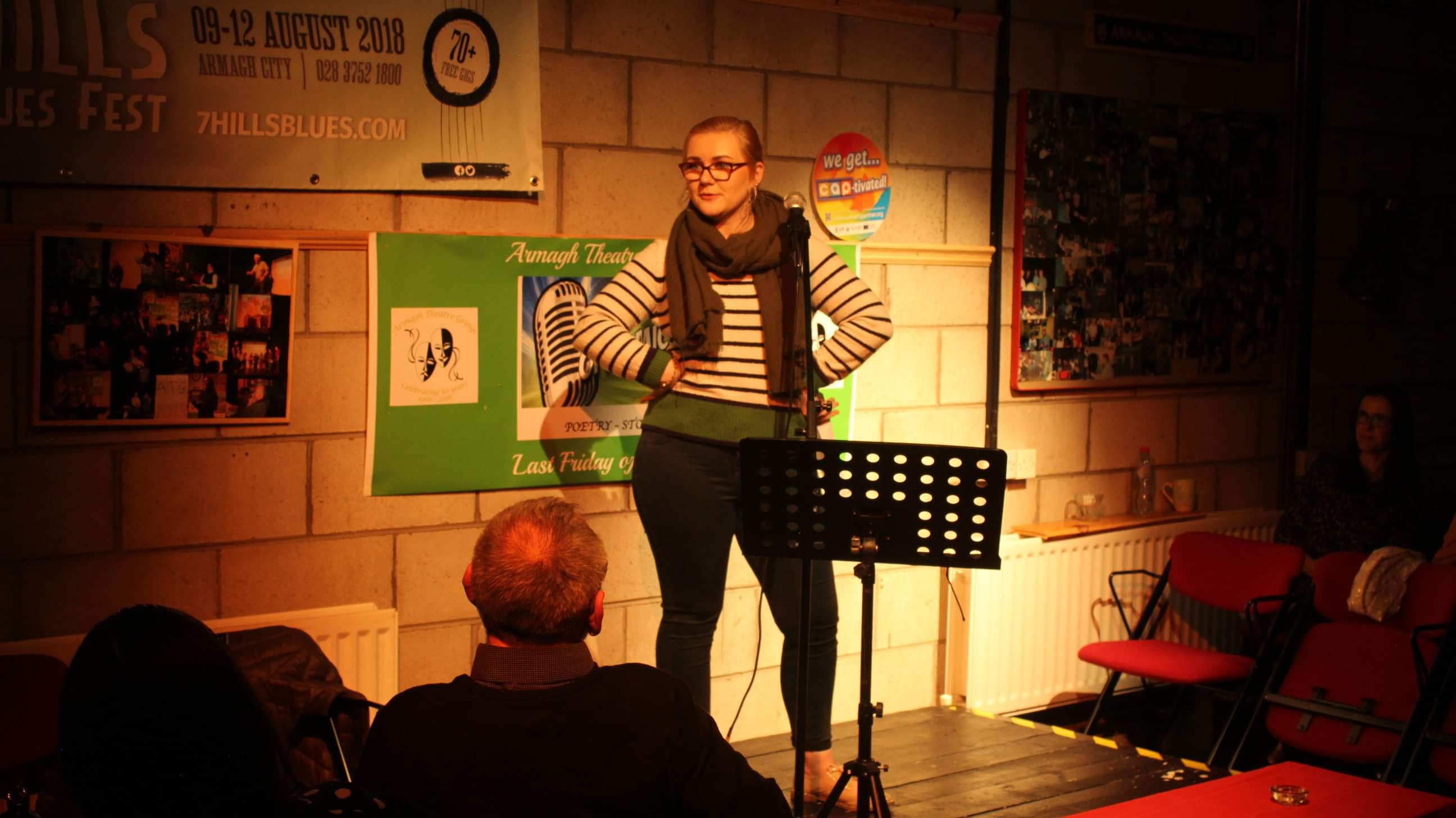 Thanks to all who helped, who performed, who participated in any way but especially to all who braved the storms, the cold, the fear of proposals, the viruses and still travelled to Abbey Lane to make this another successful night for the best wee Open Mic ...ANYWHERE!

Next month's Open Mic is on 28th March when our special GUESTS are flying in from Newcastle-upon-Tyne (yes folks our fame has travelled over lands and seas) when we welcome David and Carol Cooke- known as 'Two many Cookes' or 'Cooke's R' Us'. This multity talented couple are here for ONE night only and as we are getting 2 guests for the price of 1 the house should be PACKED!